In my opinion Dubai is the most unique, mystical and fascinating Megapolis in the world.

For last decade or two Dubai became so well-known, so popular and one of the most recognized cities in the world. What is the first thing that comes to the mind of most people when they hear "Dubai"?

Well, I've had a similar opinion about Dubai and as a traveler, I put it on my bucket list of places to visit and soon it became one of my travel dreams.

And this particular dream came true during my 4 day trip to this fascinating city in December 2015.

Here is a little history about Dubai as a city and United Arab Emirates as a country.

3000 BC:   When Dubai history could be said to have begun. Archaeological evidence points to the area having been settled from at least the Bronze Age.

5th - 7th centuries AD: Jumeirah was a trade route caravan station linking Oman with what is now Iraq. Livelihoods were based on fishing, boat-building and pearling.

The major turning point in the history and fortunes of Dubai was the discovery of oil in 1966. Coupled with the joining of the newly independent country of Qatar and Dubai to create a new currency, the Riyal, after the devaluation of the Persian Gulf rupee which had been issued by the Government of India, it enabled Dubai to rapidly expand and grow. Once the first shipment of oil was made in 1969, the future of Dubai as an autonomous state was secured, and its ability to dictate policy in later years to the UAE was cemented.

Formation of the United Arab Emirates

Britain left the Persian Gulf in the early part of 1971, having announced their intentions in 1968, causing Dubai and Abu-Dhabi, in conjunction with five other emirates to form the United Arab Emirates. Dubai and Abu-Dhabi ensured in the negotiations that between them they could control the country effectively, enabling even greater expansion as seen today. In 1973, Dubai joined the other emirates, in introducing the UAE dirham, the uniform currency of the UAE. Dubai and Abu Dhabi between them now hold the majority of control in the UAE, which was part of their conditions for joining.

Usually I have two main goals while visiting any country for the first time:

Second: to talk to any local people as much as possible in attempt to learn about aspects of every day life

Long before scheduling a trip to Dubai, UAE, I have learned about few top Dubai's tourist attractions

Birj Khalifa - Tallest Building in the world (as of 2016) 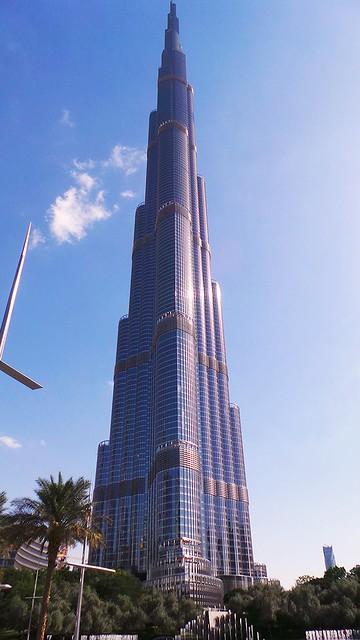 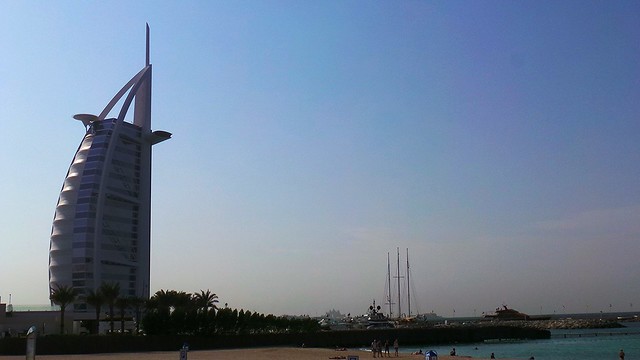 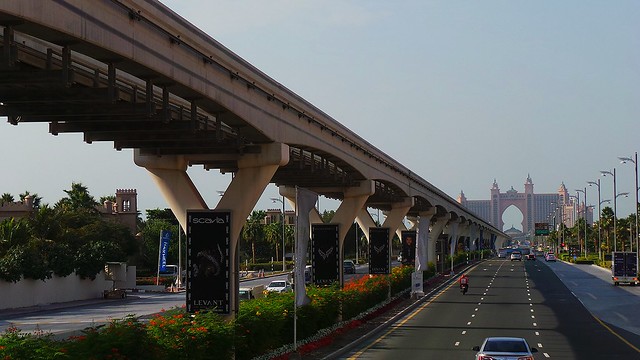 But after I have already booked airlines tickets for four day trip and started to plan a schedule, I have learned about few more attractive places to visit like Dubai Signing Fountains, Dubai Mall, Ski Dubai which is indoor ski resort and few others.

So quickly, I have realized that there is no way we could visit all of those places Dubai is famous for during 4 days and we have decided that we will figure out our exact schedule when we will arrive and settle at local hotel.

Finally, we have landed at Dubai International Airport, hopped on a taxi and checked in Ramada Hotel in adjacent city of Deira.

My very first Dubai's impression came while standing in line to take a taxi to the hotel.

There are literally thousands of taxis in the city to serve all the tourists and locals in addition to many other kinds of public transportation!!!

(according to local taxi drivers there are somewhere between 10 and 12 thousand taxi cars in the city of Dubai).

In addition to typical but very broad public transportation there are plenty of specialized tours to choose from and after consulting with the front desk people at our hotel we have decided to get 48 hour Hop-On, Hop-off ticket with company "BIG BUS TOURS". The ticket included 3 different routes with over 30 different stops throughout the city with several additional options to choose from. Overall "BIG BUS TOURS" offers tons of different excursions and I would recommend that company to anyone, although I cannot guaranty that this is the best tour company in Dubai because I have nothing to compare too.

During our 4 day stay, we have attempted to visit as many places as possible, absorb as much information as possible related to those tourist attractions and at the same time tried to talk to locals about every day life aspects like local government, job security, salary, safety, food, future of the country and many others.

And guess what. By the end of our relatively short trip I was overwhelmed with impressions.

No words, photos or even videos shot with the best camera can fully express the feelings when you are walking by Burj Khalifa

or driving through the biggest men-made island in the world full of luxurious villas and gigantic hotels.

Still due to time limitation we were not able to stop at quiet a few places Dubai is famous for.

The biggest disappoint was we didn't go to Burj Khalifa's observation deck. There were several contributing factors that influenced our decision to skip going to the top of Burj Khalifa.

But that is not necessarily a bad thing.

I remember that during my first visit to Rome, I didn't visit Coliseum which is the Rome's number one attraction. The reason for skipping the tour to that world famous attraction was that at the time of my three day visit to Rome I was there by myself, single but already dating and planning to get married to my wife. So during one of the phone conversation with my future wife, I have informed her about my plans to visit Coliseum that day and she asked to skip it and offered an idea to visit Rome again later and take a tour to Coliseum when we will get married. I have decided not to argue and totally did what she asked. About one year later, we got married and visit this largest amphitheater ever built during our Honey Moon.

So we plan to visit Dubai at least one more time and catch up on visiting the rest of the places we could not visit during our first trip.

Back to this trip to Dubai

The most fascinating story that I have while exploring the city and talking to locals was told by one of the taxi drivers.

He told me that one of his relatives was working at Dubai International Airport for 35 years at very important position and soon was ready to retire. All those 35 years that person was living in UAE on working visa by extending it periodically and there was not chance for him to become citizen of the country. So after the retirement he would not be able to extent his working visa and because of that he had to move out and go back to his native country of Bangladesh.

After hearing this story, I began to do some research regarding immigrants and citizenship of United Arab Emirates.

And it turned out that about 80 to 85 percent of all people living in Arab Emirates are not citizens. I have been to 40 plus countries and I have not heard anything like that before.

The main reason for that is very tough criteria set by the government for immigrants to be citizens. On one side, government is very open toward foreigners to apply for work visa, come to Dubai, find employment and live in the country for pretty long time but the same government makes it so tough for foreigners to become citizens.

For me that was the most mesmerizing fact about this country.

Here are some of photos that I took during this trip

At the end of our trip and after 4 days exploring Dubai with such intensity, my opinion about this fascinating city was formed.

Dubai is the most unique, mystical and one of a kind city in the whole world.

26 thoughts on “Only in Dubai”