While preparing for this trip I have learned that the month of May is the hottest month in New Delhi, India in terms of average yearly temperature.

So next time when you decide to take a trip to India take the hot weather into consideration.

And indeed, hot weather was a tremendous factor during our adventures in the country and effected our plans, schedule and the way we navigated between major attractions in the city.

The scorching sun forced us to take air-conditioned taxi as the only way between interesting points without getting sunstroke except late evening hours when temperature dropped to 35 degrees °C which is about 95 degrees Fahrenheit!!!

Once we landed in New Delhi International airport and were on the way to our hotel in local taxi, in addition to excessive heat my second biggest surprise was the way people drove around us.

I consider myself as fairly experienced driver but I probably would not drive very far in the city of New Delhi without scratching someone’s car or getting into some kind of accident.

During our four days in New Delhi, we took taxi multiple times to drive around the city, primarily because it was extremely hot to walk on the streets during the day from very early morning to very late evening because the temperature during that period was over 40 degrees °C.

Without a doubt the highlight of our tour to India, was a day long trip to Taj Mahal which is located in the city of Agra roughly 230 kilometers from New Delhi. I plan to write a post about this trip because I believe it deserves a special attention.

At this point, I would like to share few videos about Taxi Drivers, traffic jams and what vehicle operators are facing every day on the roads in India.

Taxi drivers in India are special

Before taking the actual trip, I’ve spent many hours in attempt to figure which hotel to stay at in the city, taking into consideration several factors including hospitality, cleanliness, safety, food (breakfast included or not) and type of room to accommodate three of us (me, my wife and my five years old daughter).

At some point during this process, I realized that I better book a hotel with a well-known brand name and with as many positive reviews as possible even though it would be significantly more expensive.

So, finally I have made a choice and decided to stay at

We didn’t regret that choice even a bit!!!

And if we would ever go back to New Delhi, we would stay there again every single time and I totally recommend this hotel to anybody.

During the research regarding “Elephant Ride”, multiple internet sources pointed to New Delhi Zoo mentioning that this attraction was available inside the zoo.

Later on it turned out to be false and moreover “Elephant Ride” WAS NOT AVAILABLE in New Delhi and it certainly can be done in many other parts of the country.

Probably the biggest disappointment for me during this trip!!!

And regarding a day long tour to Taj Mahal, we decided to book it once we arrive to New Delhi and it was actually a excellent choice because there are countless tourist companies that provide those excursions.

So, we ended up booking this tour at our hotel which featured a booth representing one of reputable, local tour company.

Delhi had served as the political and financial centre of several empires of ancient India and the Delhi Sultanate, most notably of the Mughal Empire from 1649 to 1857.

During the early 1900s, a proposal was made to the British administration to shift the capital of the British Indian Empire, as India was officially named, from Calcutta on the east coast, to Delhi. The Government of British India felt that it would be logistically easier to administer India from Delhi in the centre of northern India.The land for building the new city of Delhi was acquired under the Land Acquisition Act 1894.

On 12 December 1911, during the Delhi Durbar, George V, then Emperor of India, along with Queen Mary, his Consort, made the announcement that the capital of the Raj was to be shifted from Calcutta to Delhi, while laying the foundation stone for the Viceroy’s residence in the Coronation Park, Kingsway Camp.

The foundation stone of New Delhi was laid by King George V and Queen Mary at the site of Delhi Durbar of 1911 at Kingsway Camp on 15 December 1911, during their imperial visit. Large parts of New Delhi were planned by Edwin Lutyens (Sir Edwin from 1918), who first visited Delhi in 1912, and Herbert Baker (Sir Herbert from 1926), both leading 20th-century British architects. Construction really began after World War I and was completed by 1931.

Today, with a total area of 42.7 km2 (16.5 sq mi), New Delhi forms a small part of the Delhi metropolitan area (total population of Delhi metro is over 20 millions!!!)

Some of our random photos of New Delhi 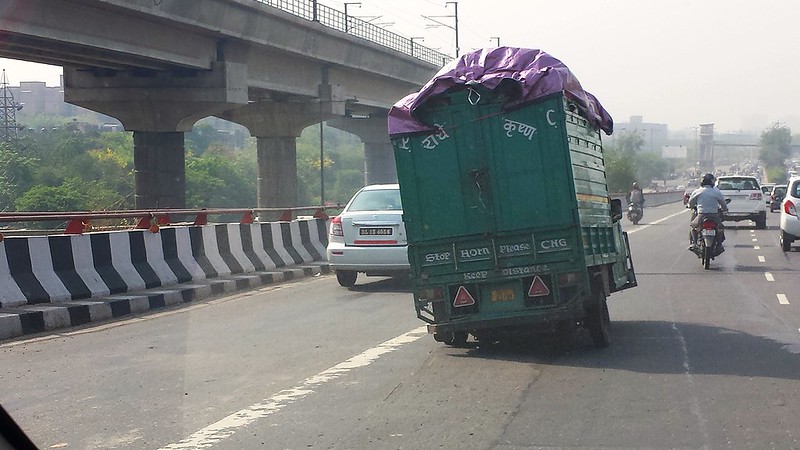 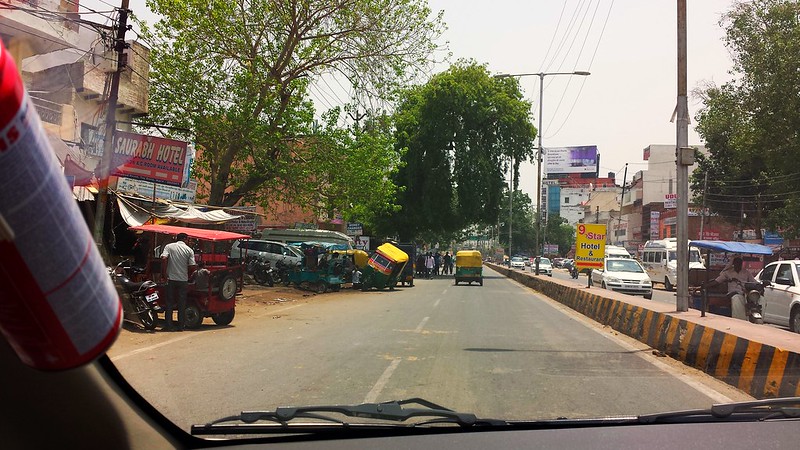 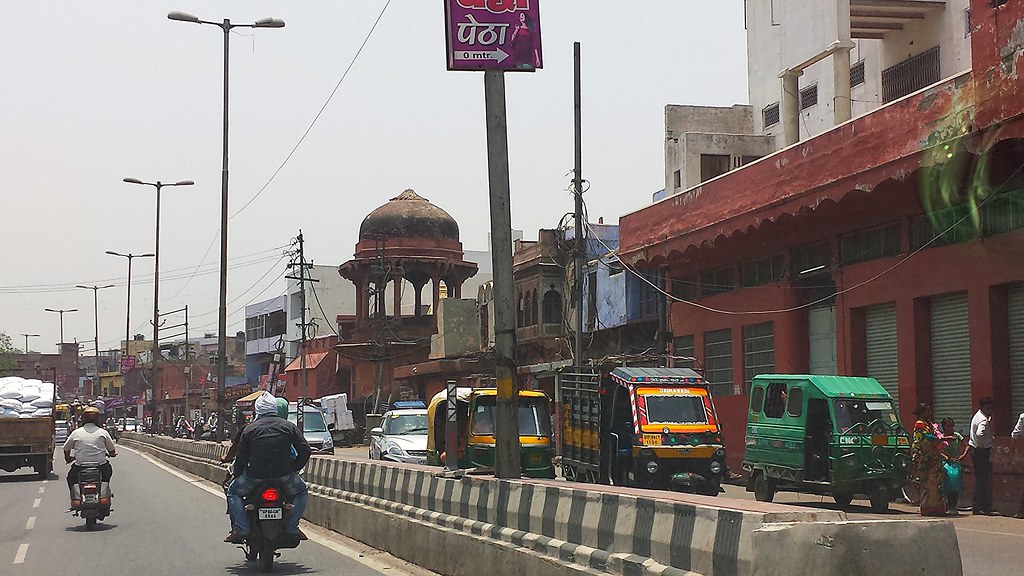 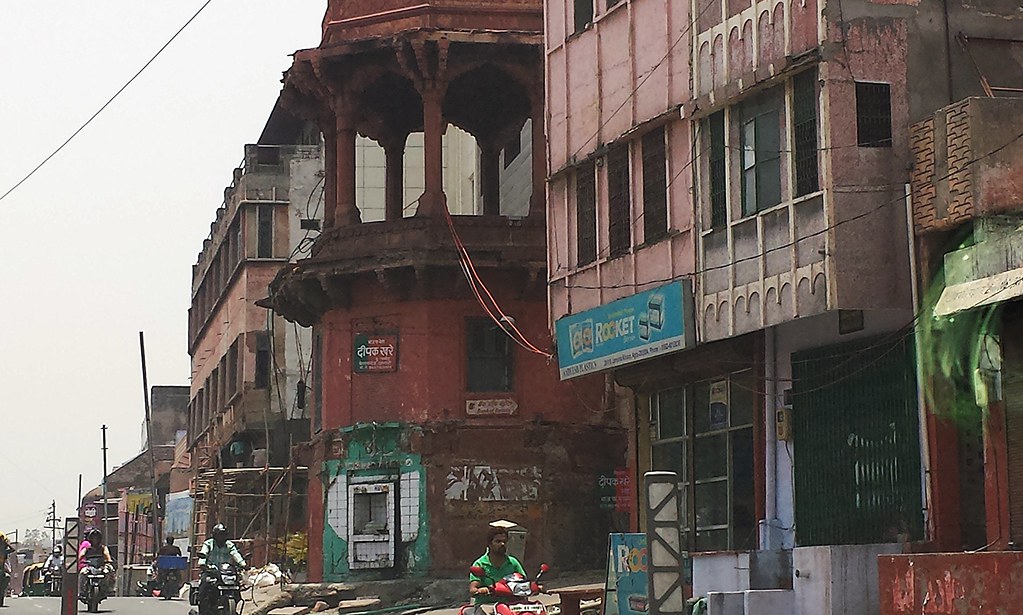 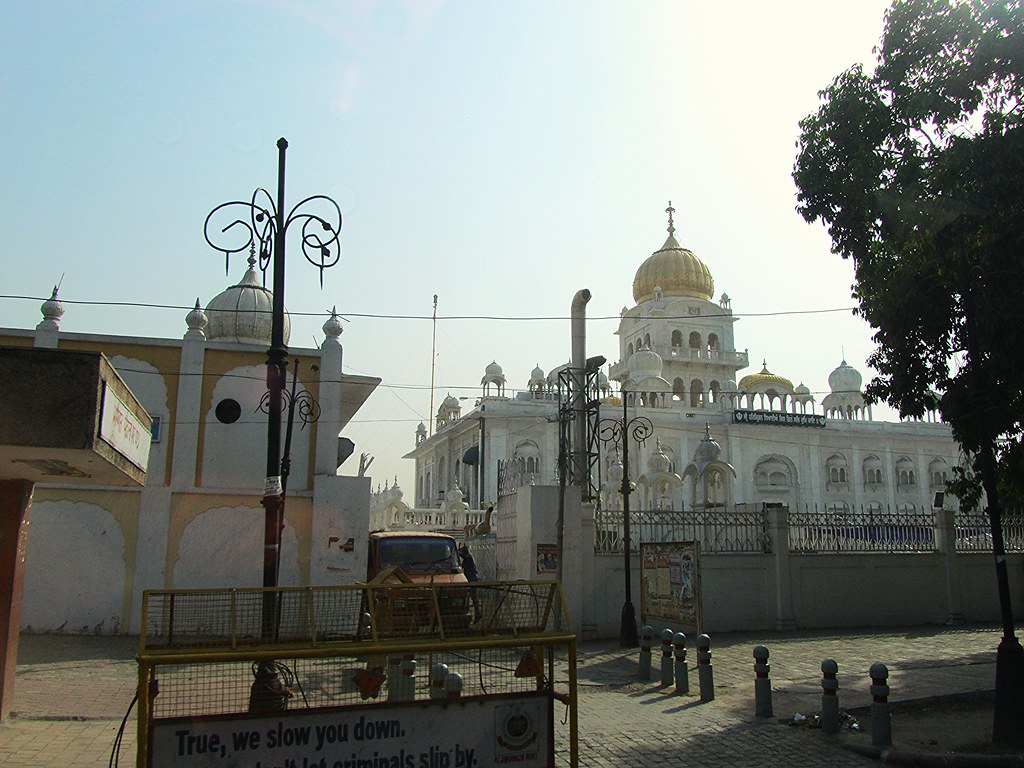 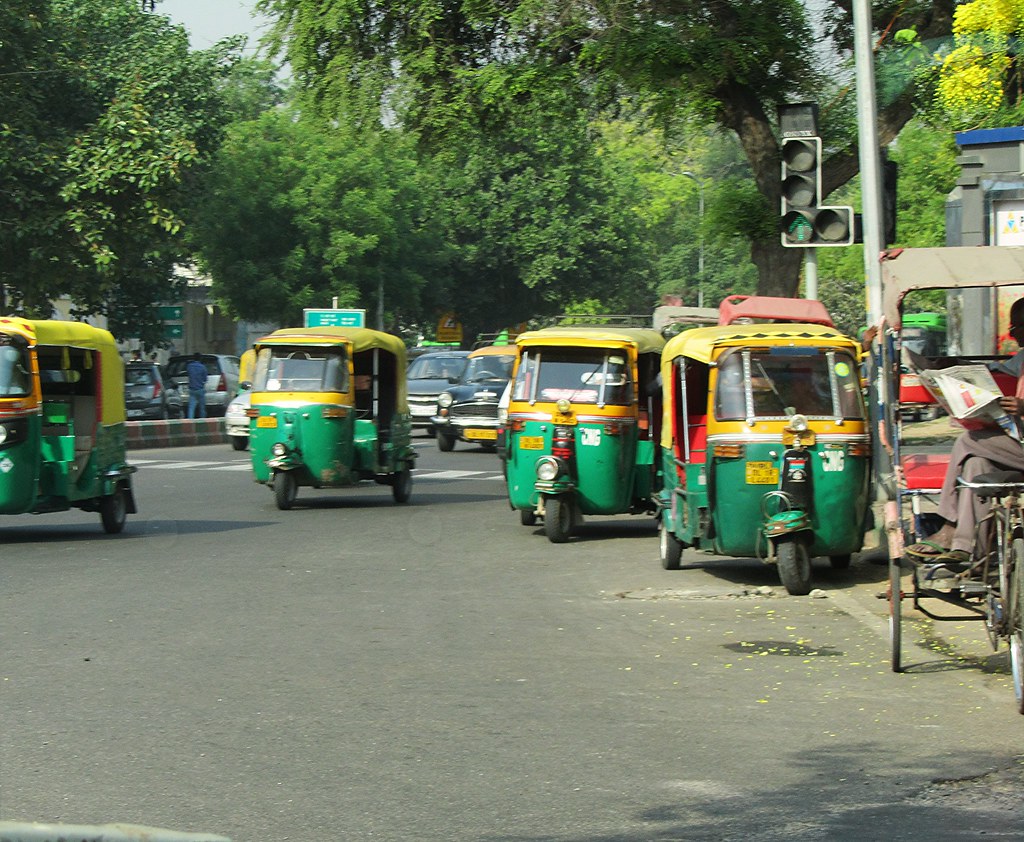 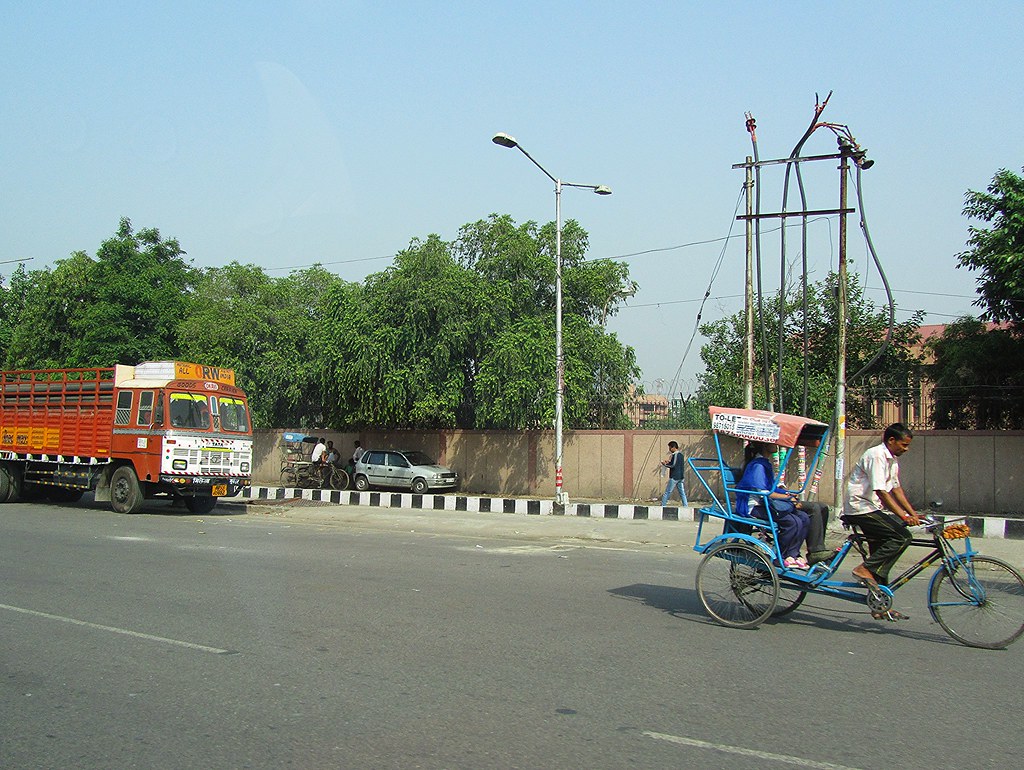 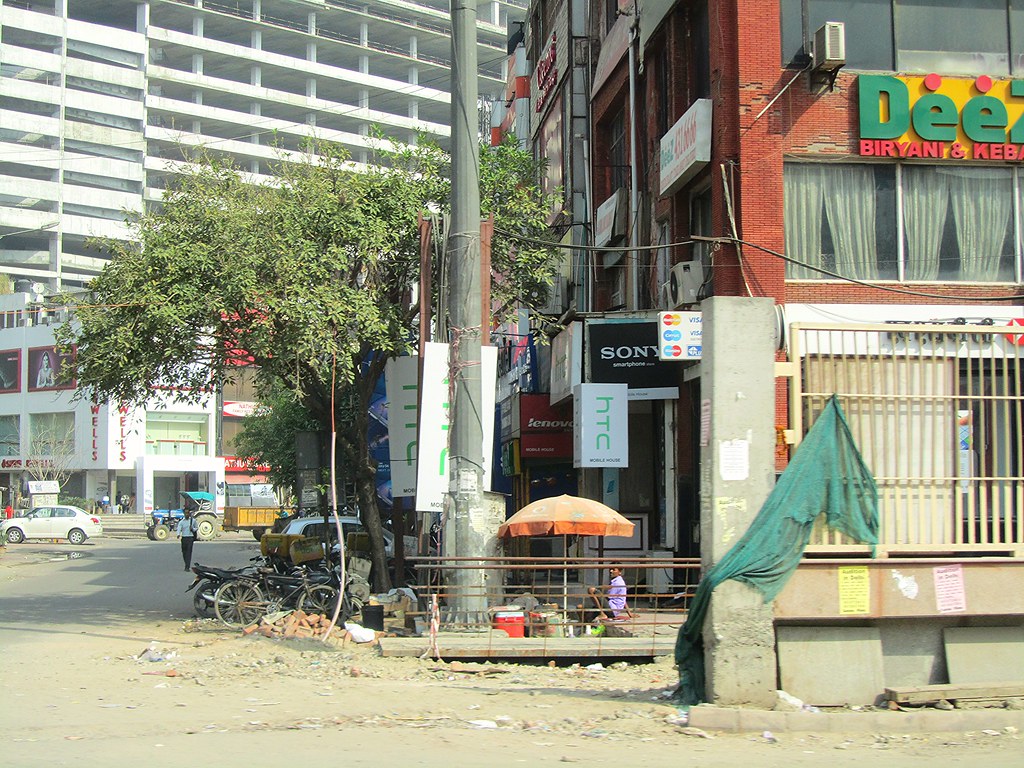 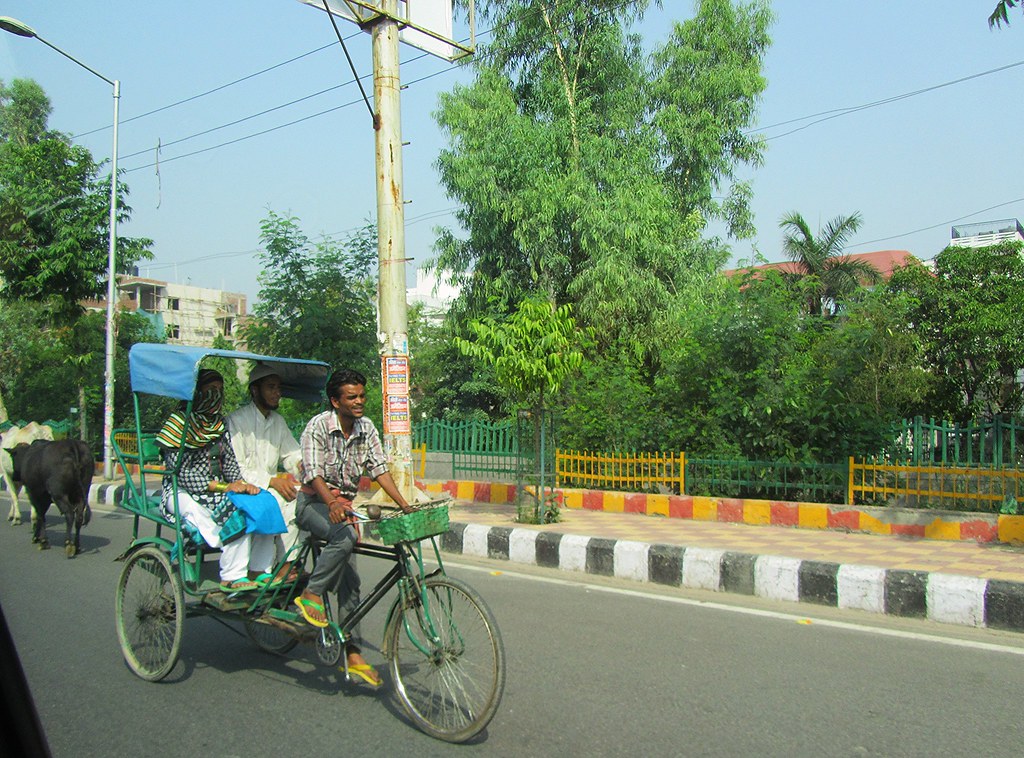 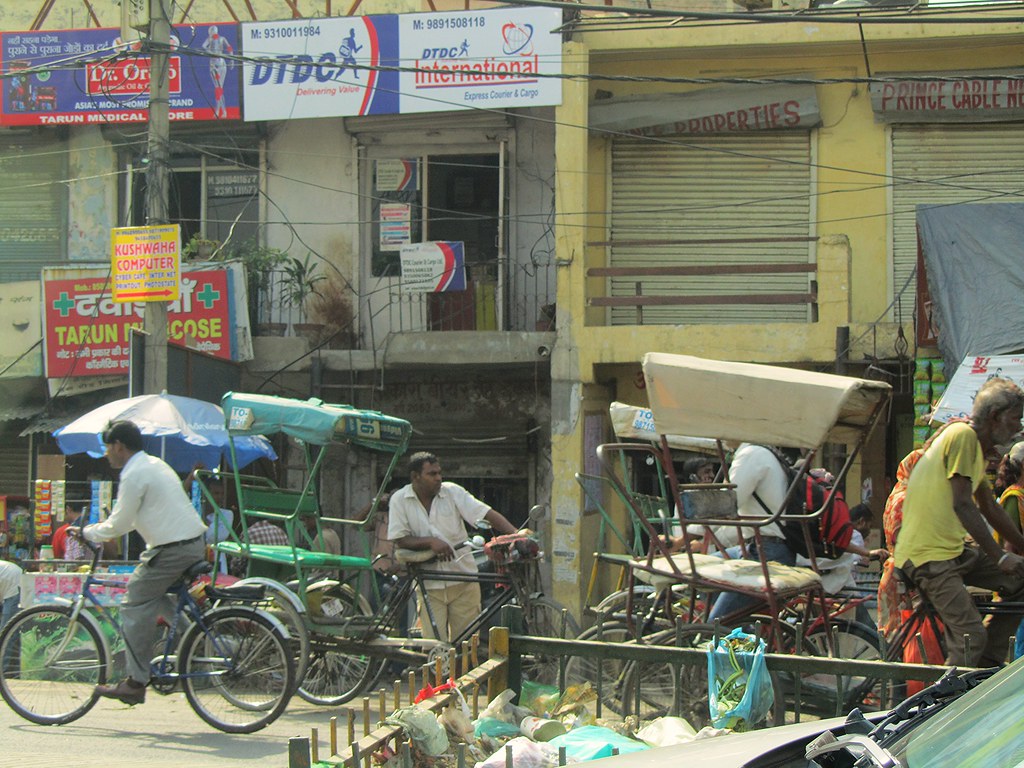 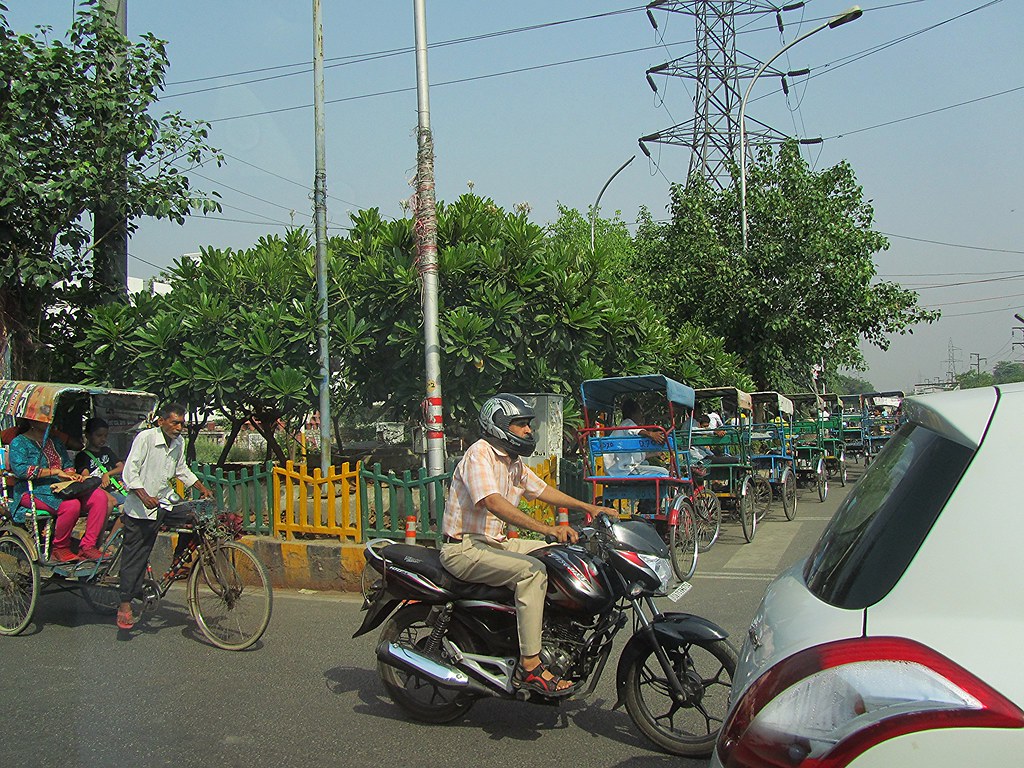 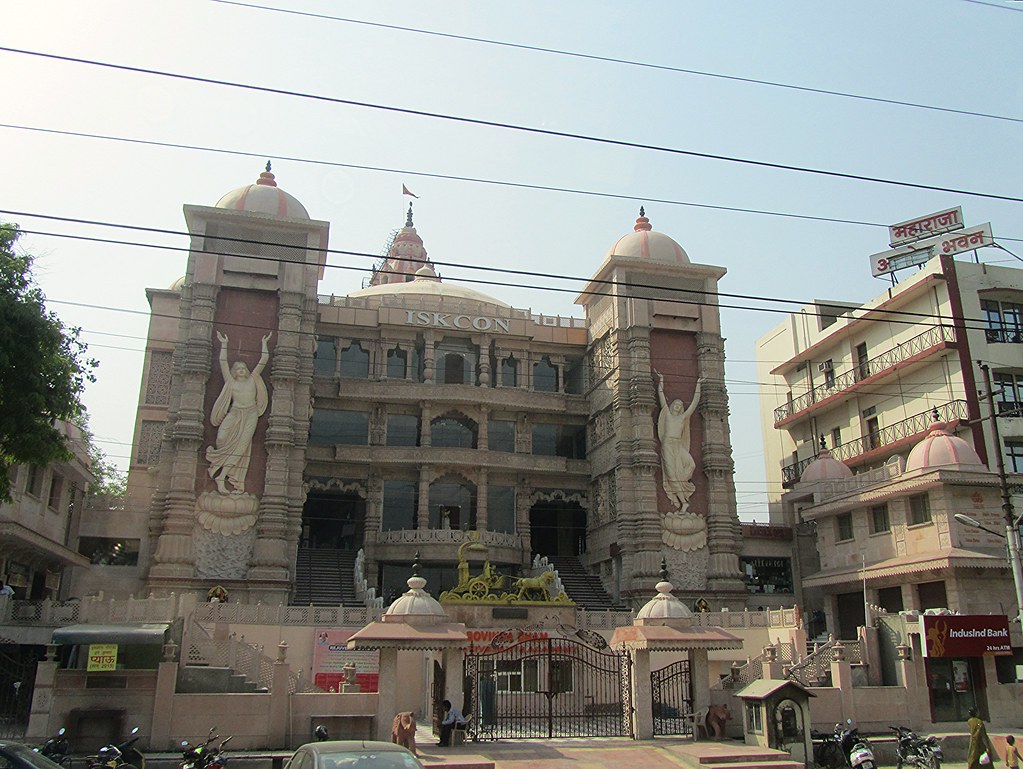 View of the city from our hotel room 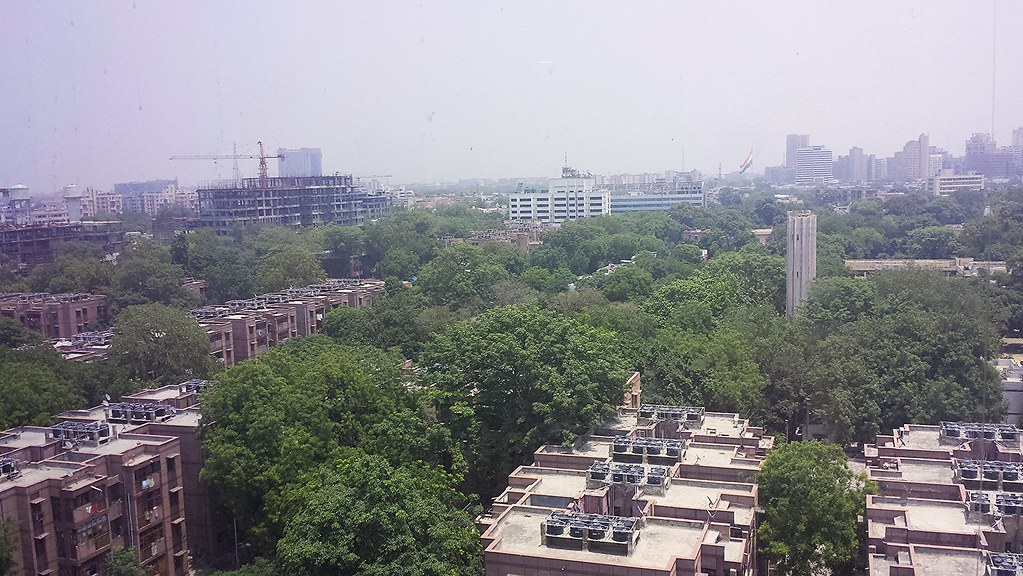 The most popular type of public transportation is called AUTO RICKSHAW

Just came out of the Starbucks

One of the local newspapers 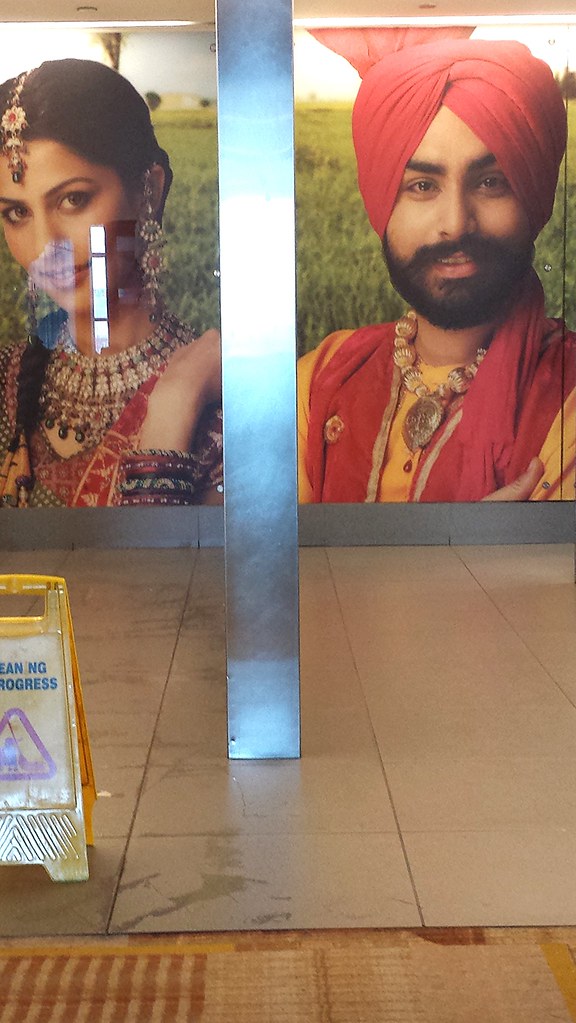 There is even Victoria Secret at New Delhi airport

Our fairly short trip to India was packed with unusual experience, matchless impressions and unique emotions. We were so glad that we were able to visit this wonderful, exclusive, multilingual and multi-ethnic country full of one of a kind places like Taj Mahal.

The city of New Delhi is at once beautiful, unique, rich and poor, new and ancient, vibrant and chaotic at times but at the same time full of calm places.

If I would be asked to describe the country of India with one word based on what we saw and experienced, I would say that word would be

Typical tourists from westernized world cannot run or hide from poverty while roaming the streets of New Delhi. As soon as you step out of the airport you start experience it right away.

One of the dentists provides dental care right on the street 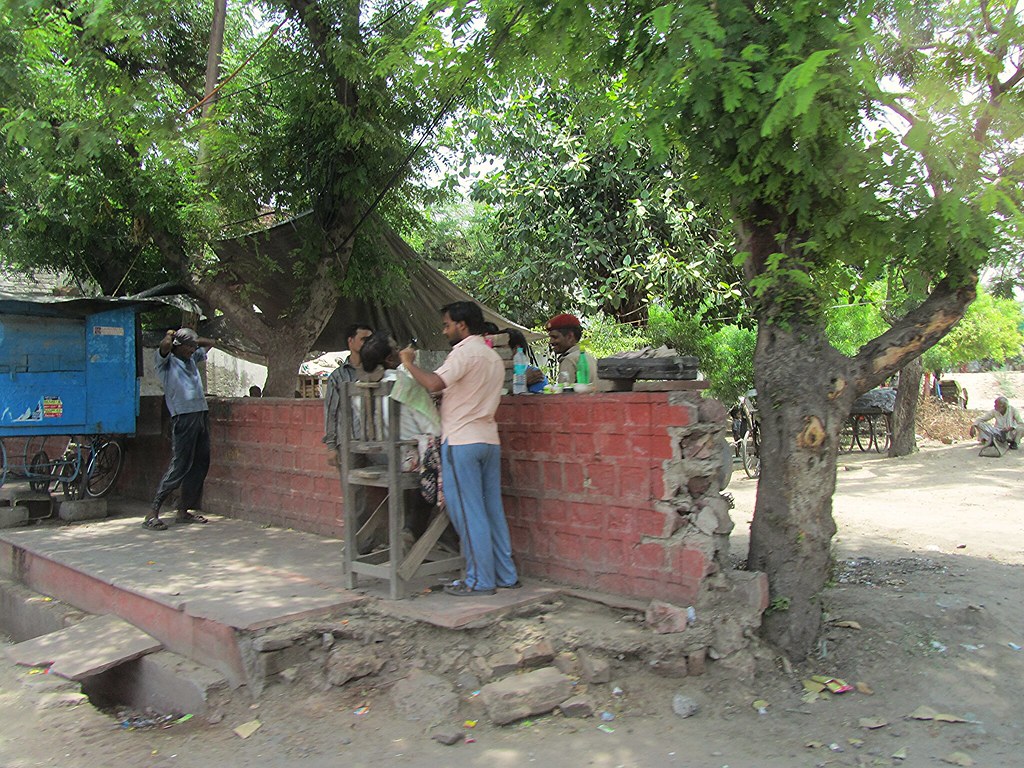 It is so sad that India as one of the biggest world economies, continues to face challenges of poverty, corruption, inadequate public healthcare and terrorism.