During the last twenty plus years while living in Seattle, I was able to go back to Almaty 3 times and my very last trip to the city was in May 2015. What made this journey so distinct was that this time we have traveled together as a family and I finally had an opportunity to introduce my beloved city to my wife and my daughter.

In my honest opinion, Almaty is the most beautiful city in Central Asia and was the very first town that I have traveled to.

In other words I was born in this fabulous city and have lived there until me and my family have immigrated to Seattle in September of 1994.

Some facts about the city of Almaty

Almaty (formerly known as Alma-Ata) is the largest city in Kazakhstan and despite losing its status as the capital to Astana, Almaty remains the major commercial and cultural center of Kazakhstan. The name “Alma-Ata” is derived from two Kazakh words “Alma” which translates as apple and “Ata” which translates as father, so together it means “father of apples“.

Almaty was founded in 1854 as Russian frontier fort called Verny. Many Chinese,  Cossacks and Siberian peasants started to settle around the fort. In the late 19th and early 20th centuries it was a place of exile and the most famous outcast was Leon Trotsky.

In 1927, Almaty became the capital of Soviet Republic of Kazakhstan.

In 1991 Almaty was the place for the meeting at which the USSR was finally pronounced dead, when all five Central Asian republics of the Soviet Union together with Azerbaijan, Armenia, Moldova, Russian, Ukraine and Belarus joined the CIS (Commonwealth of Independent States).

Almaty lost its status as capital of Kazakhstan in 1998.

Almaty is loaded with extremely friendly people (which are much more friendlier that people in some other Republics of the former Soviet Union), beautiful parks, dozens of world class shopping malls, hundreds of restaurants, cafes and public markets (bazaars) and many many other kinds of places where tourists can fulfill their entertainment thirsts.

The uniqueness of Almaty is that the city is situated in the foothills of the Zailiysky Alatau which is part of the Northern Tian Shan mountain system in Kazakhstan and Kyrgyzstan.

Combination of mountains and tall buildings creates impressive and breathtaking sight and forms a stunning skyline of the city.

Some views of Almaty skyline

I can boast about Almaty skyline all day long but enough about that and let me tell you more about our trip and the places we have visited.

Before this recent trip, my previous visit to Almaty was accomplished in 2004 and honestly not much has changed since.

Here are the changes that I have certainly observed since my last journey 11 years ago.

In 2003, the government of Kazakhstan laid out a new development initiative which included government funds for continued construction on the metro and by 2005 the project has restarted.

The first section of the Metro opened in December 2011 with initially five stations and one more section with two stations was added to the system in April 2015. 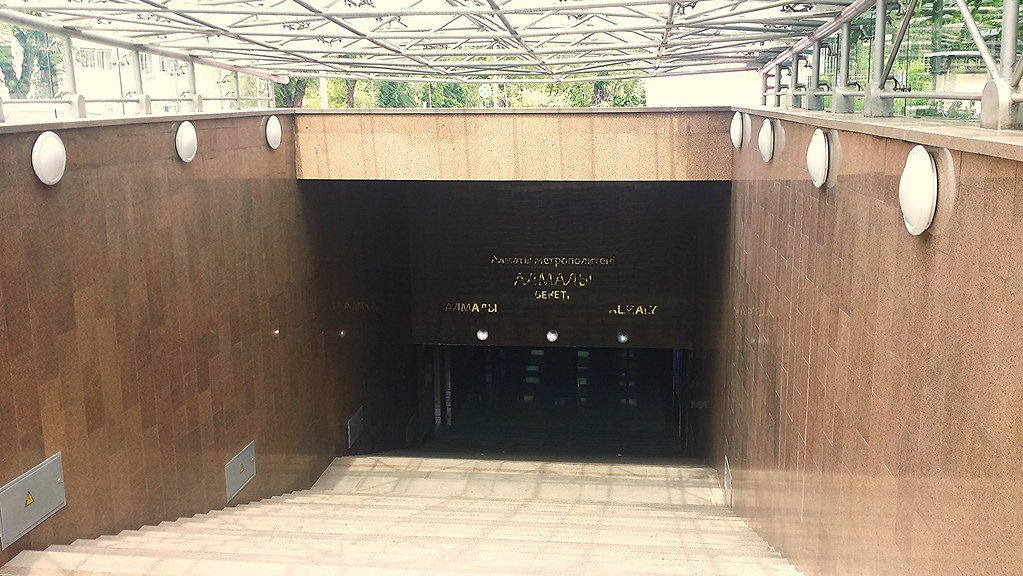 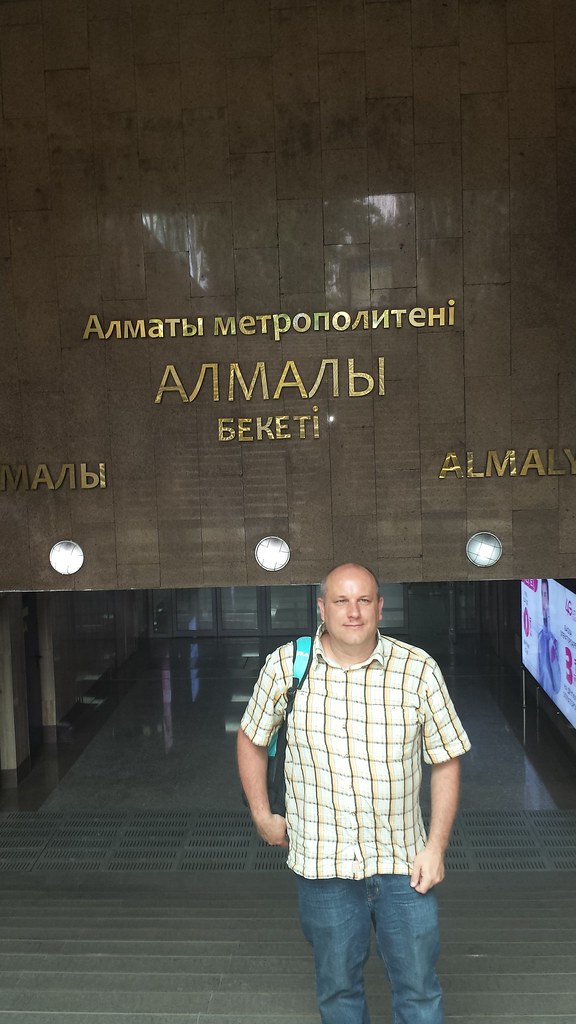 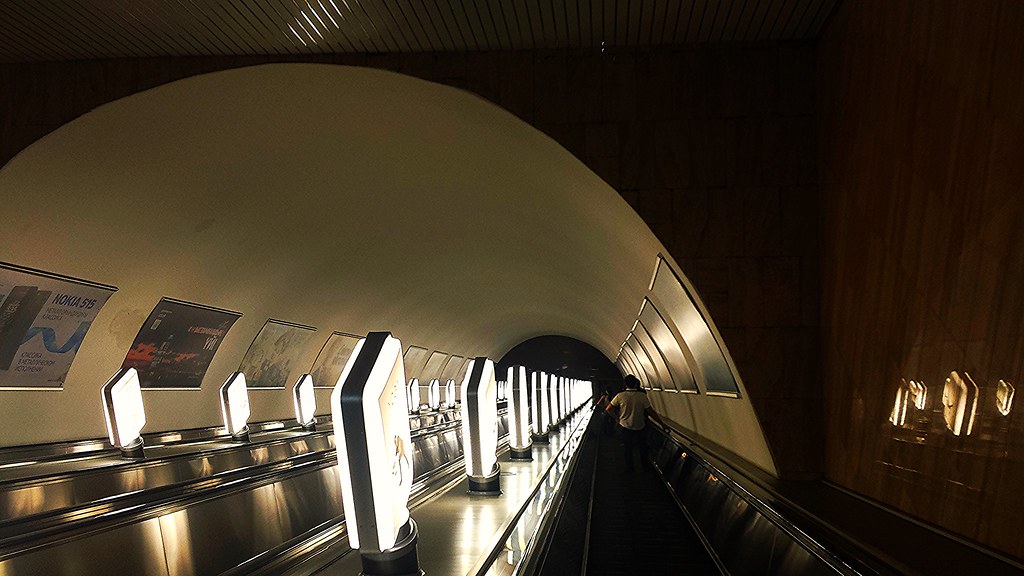 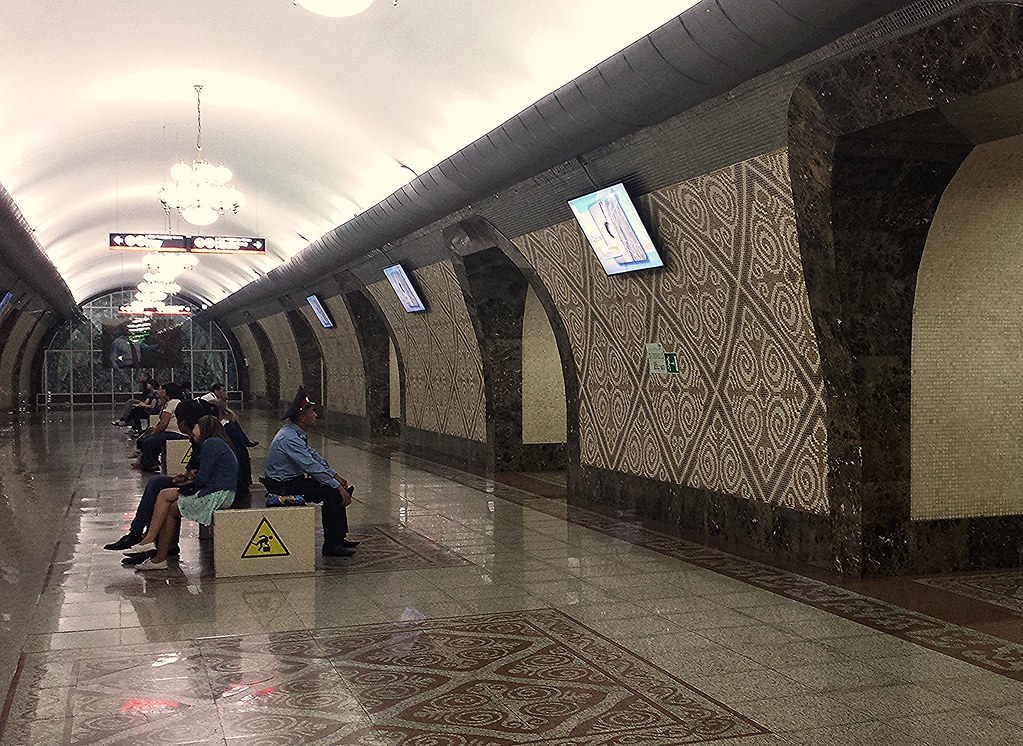 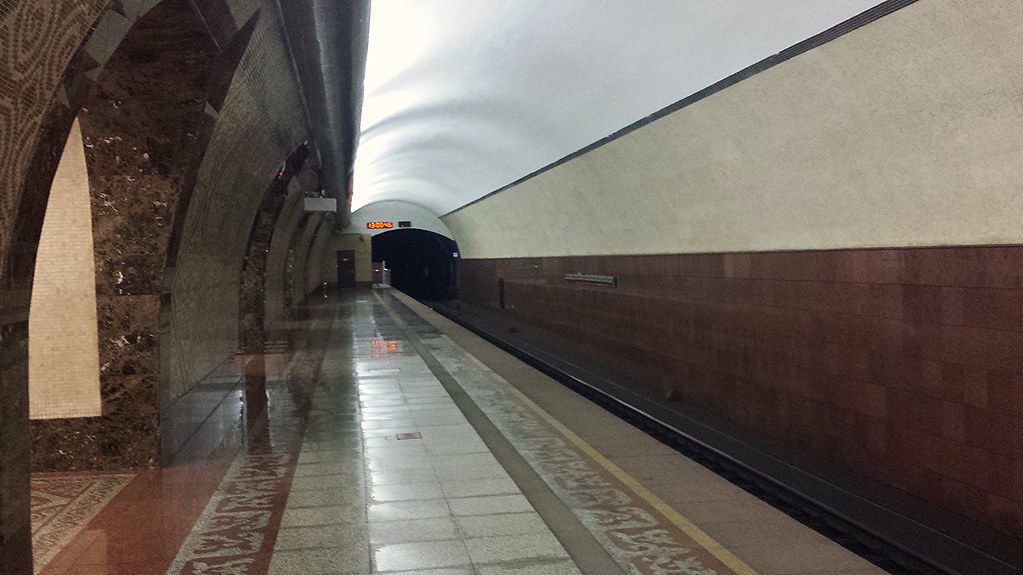 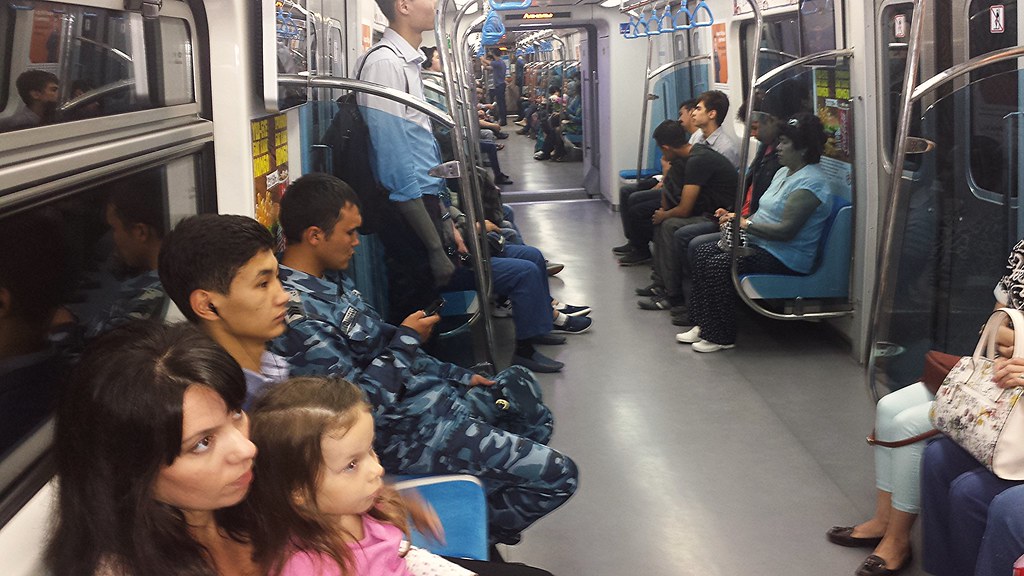 One of the Orthodox Churches 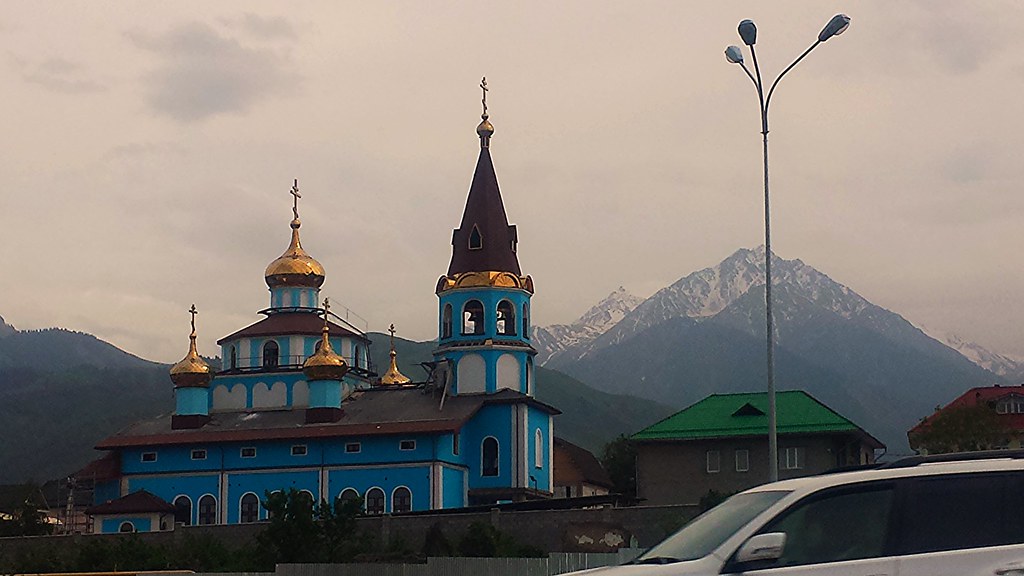 One guy is selling Peacocks on the side of the road: Asking price was $1000.00 per one (I am NOT kidding) 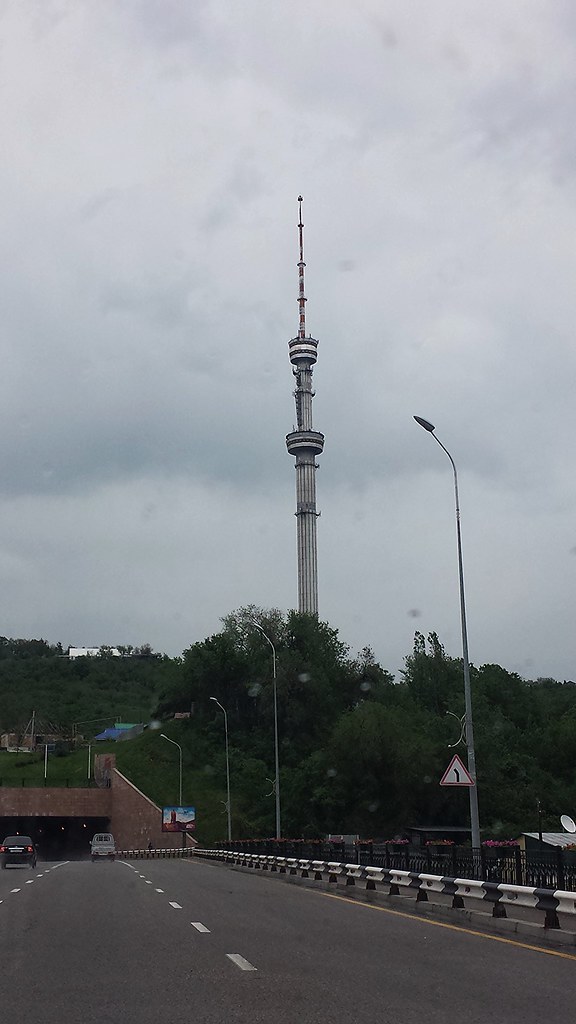 Security guy at the construction site

Since Almaty is situated at the base of a mountain range, winter sports and activities are very popular among local residents and tourists.

Two most famous mountain attractions in Almaty are

The Medeu, is an outdoor speed skating and bandy rink.

It is located in a mountain valley on the south-eastern outskirts of Almaty, Kazakhstan.

Medeu sits 1,691 metres above sea level, making it the highest skating rink in the world.

Ski Resort Chimbulak is further up the valley located at 2200 meters (7220 feet) above see level and it is Central Asia’s top skiing resort.

Both Medeu and Chimbulak are connected by the road and a cable car which was installed in 2011 and before cable car option Ski Resort could be reached on by cars or by hiking.

Here are some photos of MEDEO and Chimbulak 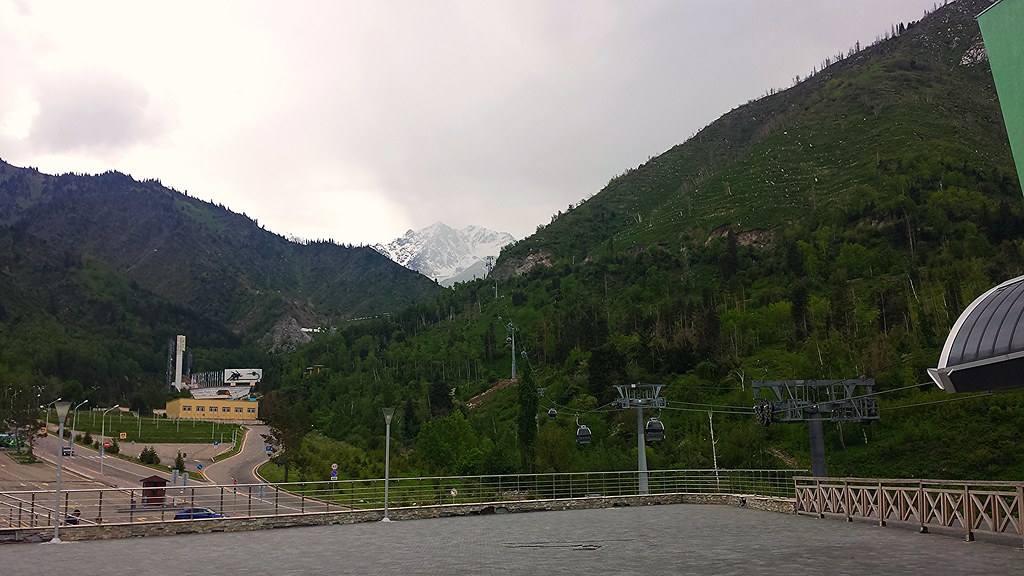 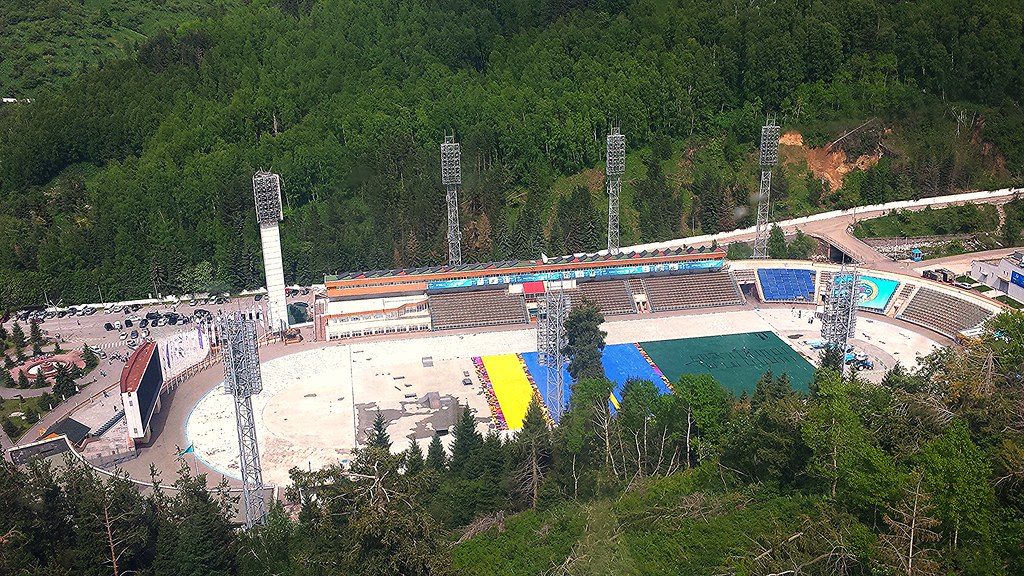 On the way to Ski Resort Chimbulak via cable car 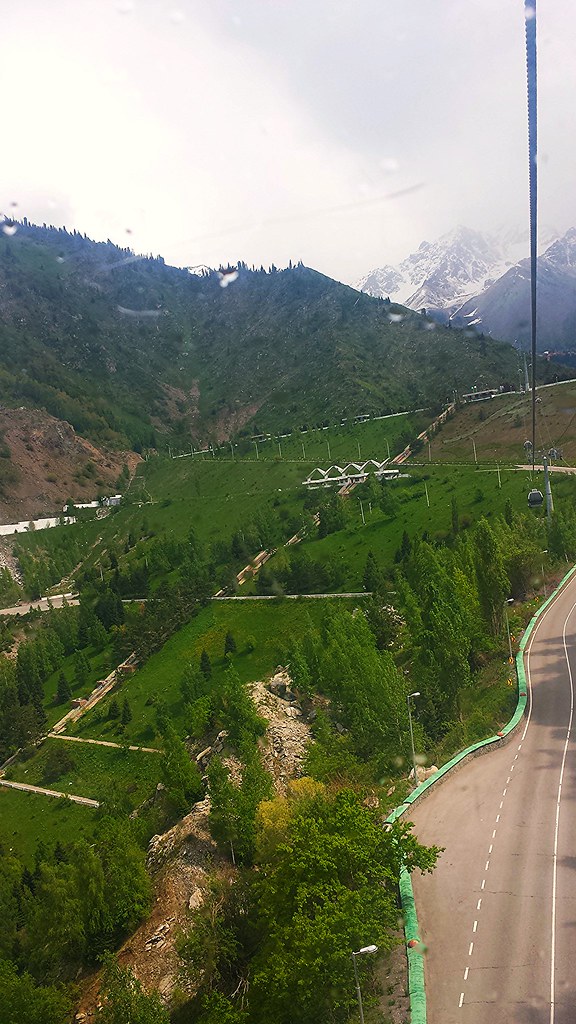 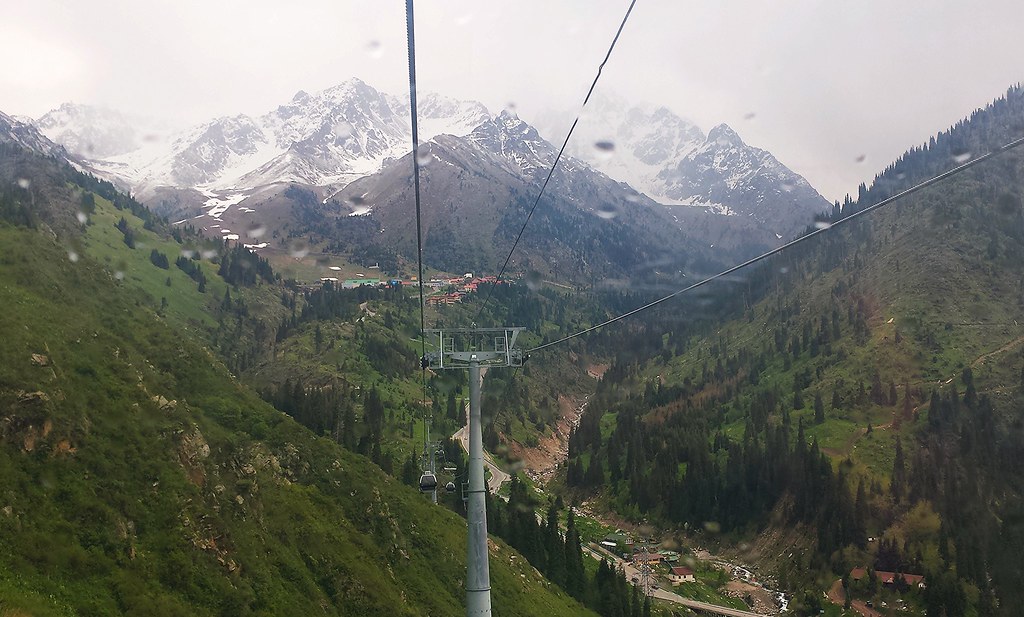 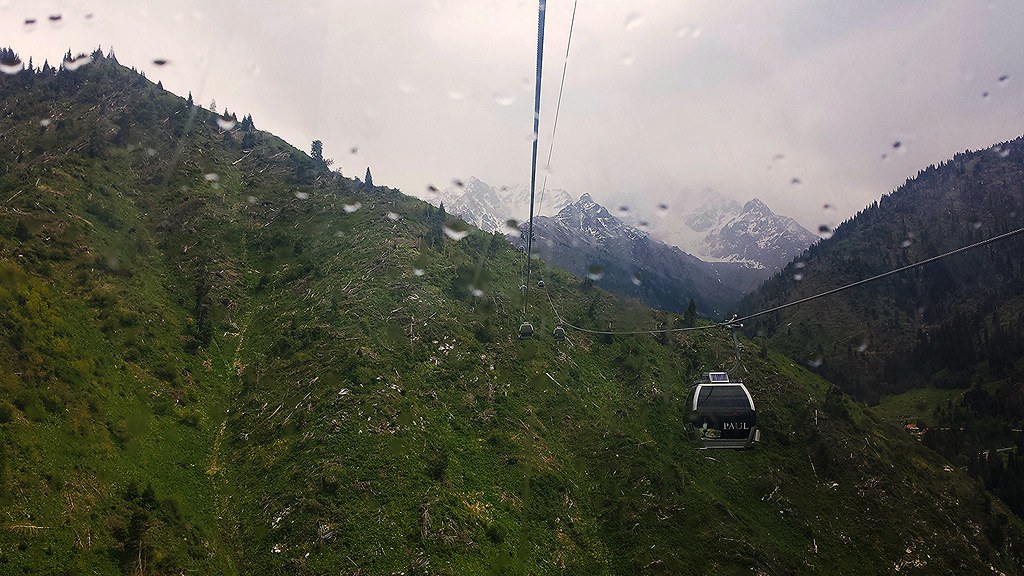 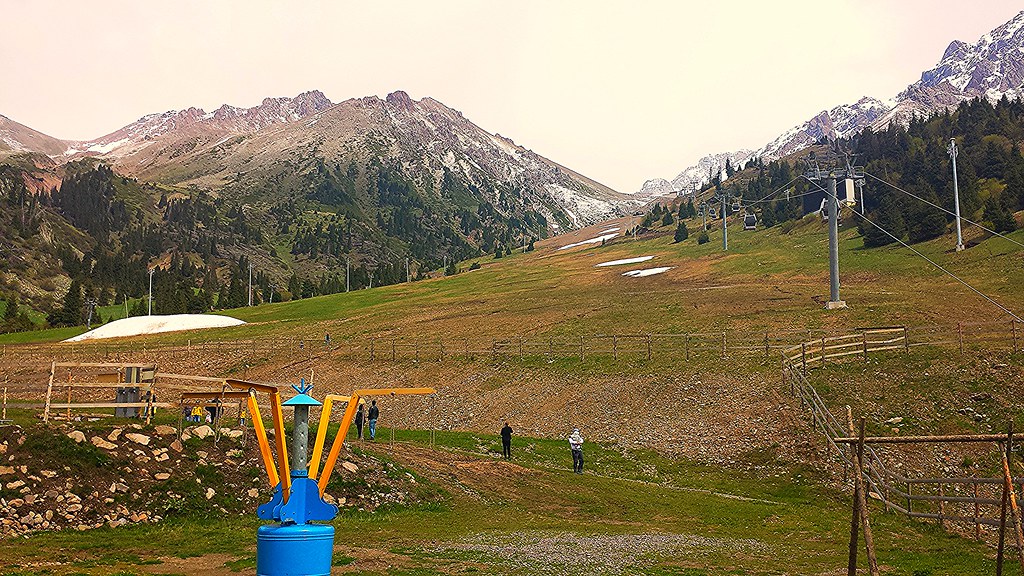 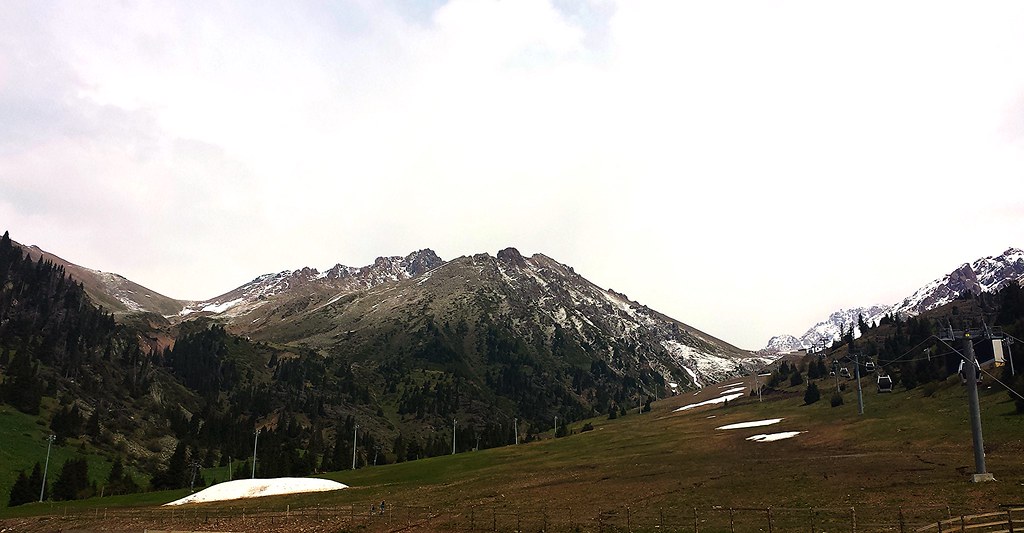 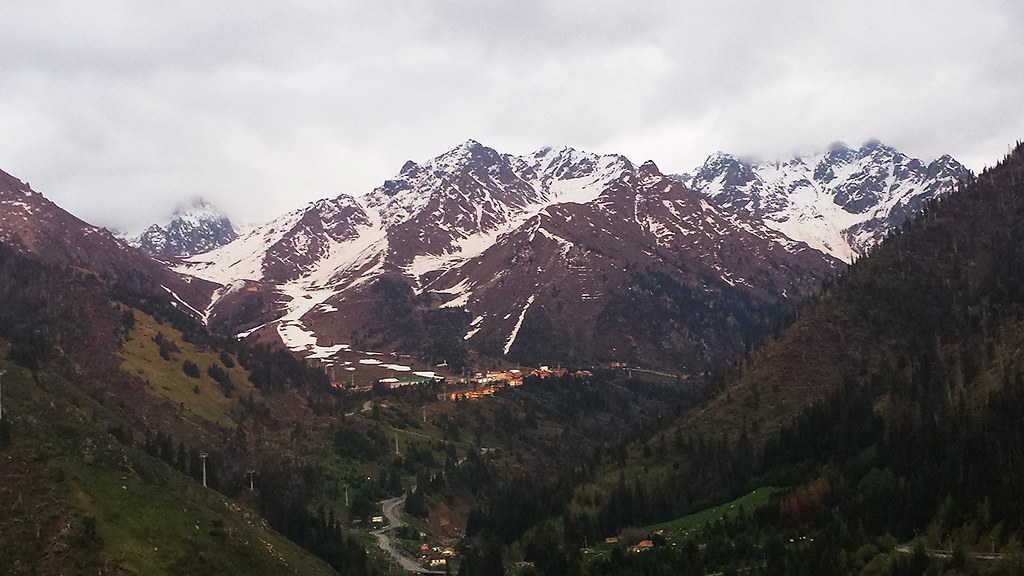 One of the mountain rivers

One of many mosques in the city 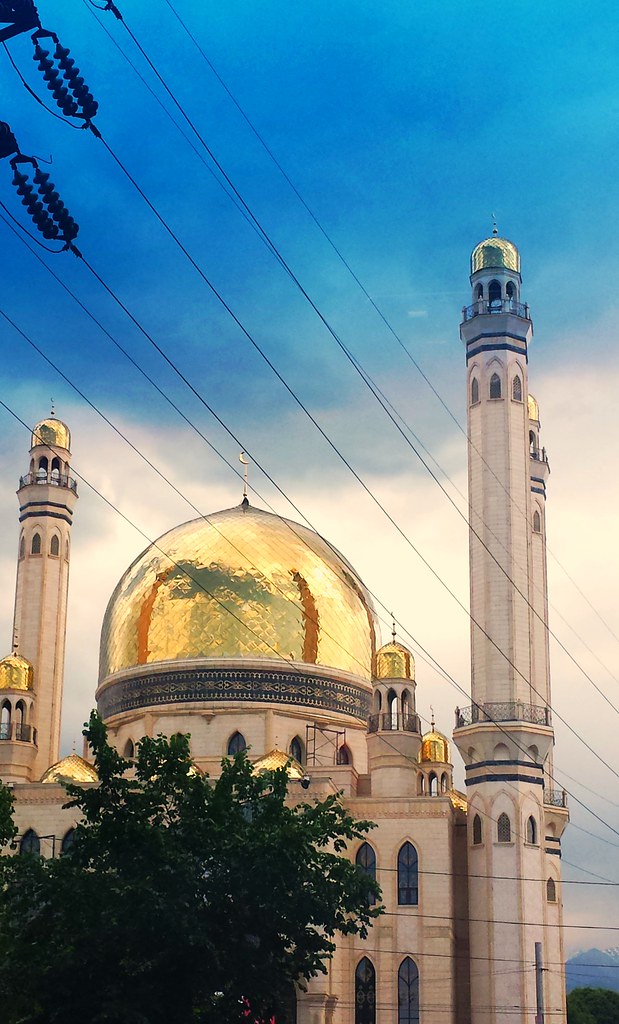 One of the Burger King restaurants

Views of Almaty from airplane while landing at Almaty (ALA) airport

Taking off from Almaty (ALA) airport. Zailiysky Alatau mountains

I hope that after reading my post and going over photos and videos, you are going to include Almaty, Kazakhstan in your travel bucket list.

If that is the case then feel free to contact me before you start planning trip to Kazakhstan. It would be the honor for me to help any tourist with either flight itineraries, hotels, transportation, attractions, shopping, entertainment, local markets, cafes and restaurants.

Almaty has a special place in my heart and I miss this city all the time, especially mountains and lulya kebab.